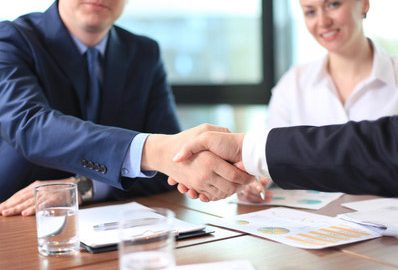 Have you ever heard the phrase, “He’s good people?” That colloquialism is often used describe someone whose is viewed as having a good, overall character or someone who you would like to have on your team.

As one who has seen the good, the bad, and the ugly while working with hundreds of employees and employers over the years, I think there are five traits that you should consider when hiring “good people” for your organization.

Five Traits to Consider When Hiring:

We’re not talking overconfidence or braggadocio here. Rather, when a person feels comfortable with who she is, it shows. A healthy level of self-respect enables a person to evaluate things on her own terms, without acquiescing to improper influences. So, while refusing to lower standards on things of great importance, this same person may be willing to compromise on things of lesser importance for the greater good of the organization. You want someone who cares enough about her own value and integrity that doing the right thing is not a choice, but a way of life.

Actions That Match the Words

Ever interview the “empty suit?” This person may have impeccable credentials on paper and even say all the right things…initially. But, when you delve below the surface to find real examples that match the flowery rhetoric, the well quickly runs dry. This person will almost inevitably exhibit competency issues when it’s time for the rubber to meet the road. Be sure that your selection process requires the applicant to credibly describe a history of actions that will be important to his success at your company.

Sacrifice is not a word that is often bandied about in workplace circles. Whether it’s the waitress who volunteers to work overtime, the clerk who willingly picks up the slack for a sick co-worker, or the journalist who understands that the third draft still isn’t good enough for publication, your next hire should be someone who understands that occasional sacrifice is just part of the job.

Jobs are created by profitable organizations, and those who can see how their role contributes to the overall success of the company are true, desirable assets. Employees should not focus too narrowly on their discrete function without understanding (or caring about) how their work impacts a co-worker, department or division. This can lead to frustrations, inefficiencies and organizational disharmony. Look for the team member who understands that a rising tide will float all boats.

Few things are more distracting to a motivated staff than the constant complainer who rarely sees the good in anything or anyone. Even if this person is individually productive, how much is she costing the company in the morale and productivity of others? We spend too much time in the workplace not to have fun, or at least feel good about the product, service or people with whom we work. Leaks of negativity are likely to be apparent in the interview process. Don’t ignore these signs.

Have any questions about any possible employment law or legal issues? Call us for a free consultation or send us a message and we will promptly respond.

" I referred a business owner to Andre and she gave him rave reviews! I appreciate having a go-to person I can refer clients to to handle increasingly complex and difficult issues. "

" You get the work done … we know you will give it the proper attention. You tell us what we need to hear and attack the elephant in the room, whatever it is. "

" Townsel Law Firm not only secured a favorable outcome when my company was wrongfully sued by a former employee, but they took the stress out of the litigation process and successfully fought for reimbursement of attorney fees and court costs. I give Andre and his team my highest recommendation! "